Why our oceans are important to human life and our planet

The world’s oceans are a precious resource, but they’re not everlasting, especially if we continue to mistreat them in the way we do. The ocean’s true value to our planet and human life can’t and shouldn’t be underestimated and that’s why it’s important we act now to protect and save them from the growing levels of pollution.

What do the oceans do for us?

Understanding just how important the oceans are is a key first step in committing to protecting them and doing all you can to ensure they’re kept clean and safe for the benefit of us all. Here are just some of the ways the oceans are integral to the planet and human life.

1. It helps us breathe

Our oceans produce over half of the world's oxygen we breathe and captures an estimate of 40% of all C02 produced, which is 4x times more than the Amazon rainforest. Phytoplankton that live within the sea are responsible for as much as 50% of this oxygen.

2. It helps regulate the earth’s climate and reduces global warming

Oceans cover 70% of the earth’s surface which absorbs more heat from the sun than any area of land. This allows the sea to swallow and contain heat which may overcome us, if it wasn’t absorbed by the water. As the sea water evaporates it becomes denser as the salt quantity increases, this causes it to sink into the depths of the ocean bed. It’s like our global climate control system that regulates rain and droughts!

3.It’s the largest ecosystem on Earth

The oceans are home to an abundance of life which is valuable to the human food chain. There are only estimates of the number of species that live and thrive in the oceans. Covering 70% of the planet’s surface and up to 11,000 metres deep, the number of unknown creatures and plants we’ve yet to discover could reach into the millions.

Pollution is destroying our oceans

The United Nations Environment Programme estimated that every square mile of oceans contains 46,000 pieces of floating plastic and most plastics and waste in the ocean has come from the land. Land-based sources of pollution include everything from agricultural run-off to pesticides and untreated sewage including plastics.

Floating plastics are amongst the most dangerous and threatening materials due to their ability to break up into microscopic pieces and become ingested by marine life and even find their way back into the food chain. Microplastics are found on almost every beach around the world and plastic debris kills as many as a million seabirds every single year, further highlighting just how much damage is being done to the oceans and the life that relies upon them.

Small changes at home and in the workplace can have a positive impact on ocean pollution and the more changes we make, the larger our impact will be. Consider making these changes or updating your company’s policies to reflect your commitment to protecting our oceans.

Say no to single-use plastics

Our oceans absorb a massive amount of heat from the sun, but it also absorbs almost all the excess heat created when burning fossil fuels. This means waters are warmer than they should be and is damaging to marine life, speeds up the rises of sea levels and can influence weather around the world. Cutting your carbon footprint can help minimise the impact of climate change on the ocean so consider small changes like energy efficient lightbulbs, timers on electronics so they switch off after a period of not being used, adjusting thermostats down and considering carsharing, cycling or public transport for travel when possible.

There’s still time to save our oceans

The International Union for Conservation of Nature has praised the seeming buoyancy and resilience of our seas. Humpback whales’ numbers have soared since commercial whaling was banned and the organisations figures found the proportion of species assessed as threatened with extinction dropped from 18% in 2000 to 11.4% in 2019. Awareness is making a difference but there’s still a lot more to be done.

Scientists believe we can reverse the damage done and marine life at risk of being wiped out can recover by 2050, if we provide the right support with less fishing, pollution cuts and habitat restoration. The vital role the oceans play in our world means these actions shouldn’t be an afterthought, they should be a priority.

The oceans can exist without us. If we humans become extinct, they won't even notice we're gone. We, however, simply cannot exist without our oceans! 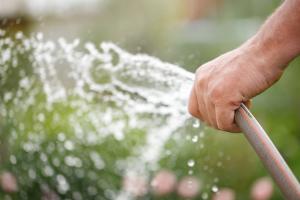 FAQ: What do I need to know about Temporary Use Bans in the UK? 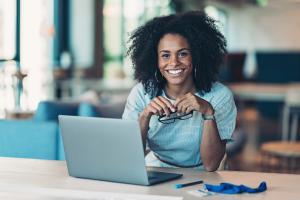 How to change water retailers

The water retail market can be a complex place if you’ve never looked at it before. The market hasn’t existed for long, and when it opened... 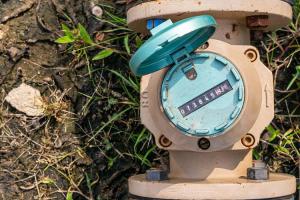 1. What is smart metering? What is a smart meter? A smart meter is an upgraded meter that automatically sends water meter readings through a...