Wendy Monk, our Director of Regulation and Compliance, looks back at how the water industry adapted to support businesses during the coronavirus crisis.

The term ‘unprecedented times’ has been used abundantly since March; it’s certainly true that we all continue to deal with exceptional circumstances. The water industry is no different and the scale of change has been significant. In terms of COVID-19 support, here’s what recent regulatory changes mean for your business.

The day everything changed

It seems like a lifetime ago when we were advised to ‘work from home if you can’. On 23 March, the order came for some businesses to close to prevent the spread of coronavirus. Like many, we found ourselves working remotely. Not only did we need to get teams up and running from home, we had an immediate need to support customers in the best way possible.

As lockdown started, customers told us they were concerned about bills. That same week, we were involved in industry discussions and within a few days Ofwat, the water regulator in England, introduced an urgent change to support businesses and water retailers.

Had nothing changed, businesses would’ve continued to receive bills based on water use during ‘normal’ operations. Likewise, retailers would’ve received invoices for wholesale charges. This is because the market works by estimating charges based on past consumption.

The code change aimed to relieve this pressure, recognising that where businesses were closed, they were either not using water or using very little, and that it would be difficult to get meter reads.

An existing flag in the central market system meant wholesale charges could be suspended for a period of vacancy. This functionality allowed retailers to apply a vacant flag for premises closed due to COVID-19 between 16 March and initially to 30 June 2020. This was later extended to 31 July. The change became effective on 30 March and retailers were able to pass the benefits to customers.

After such a short turnaround we had to quickly adapt. Using various contact methods, we set out to collect evidence of closure in line with the guidelines for retailers. We set up a dedicated team so we could make swift decisions and act efficiently, including senior management, technical experts and operational leads.

Ofwat and MOSL set clear expectations that we must use temporary flags appropriately. We set to work to pause accounts by cross-referencing the Government’s list of business closures - specifically looking at SIC codes - doing desk research and asking customers to contact us online to confirm closure dates and provide meter reads where possible.

We made thousands of premises vacant, and MOSL reported that by mid-summer, around 250,000 premises became vacant due to COVID-19 (c.18% of the market). The pandemic broadly doubled the number of vacant premises in the market.

Meter reading services stopped due to lockdown. Although services have increased since measures eased, customer-supplied reads have become invaluable to help keep accounts on track.

Premises that closed but continued to use water also presented issues. The Code stated that premises could be temporarily vacant if not open to workers, the public or visitors or there’s a significant decrease (reduction of 95% or more) in usual activities. Many retailers interpreted this as economic activities however, Ofwat confirmed this as reduction in water use.

For some customers where premises were made temporarily vacant in good faith, this means the flag will be reversed if consumption is over 5%. Where flags have not been applied for qualifying vacant premises, they can be retrospectively applied.

What does this mean for your business?

Ofwat ended the scheme on 31 July in line with many restrictions easing. If your business has been closed and water use is below 5% of your usual consumption, you shouldn’t expect charges to apply if your closure was between 16 March and 31 July 2020. If you reopened before 31 July, you should let us know. If closure consumption is above 5%, you should expect charges when billing restarts. We know water is vital to businesses and we’ve introduced a repayment scheme for customers having difficulty paying.

Occasionally, consumption may mean a leak, so please provide meter reads as and when you can. If you’ve unexpected consumption during closure, contact us as soon as possible.

Let us know your circumstances

If you haven’t already, let us know your circumstances. You can also get in touch if you’re having difficulties paying and we’ll let you know the support available. Don’t forget to provide meter readings, as this will help you receive more accurate bills. 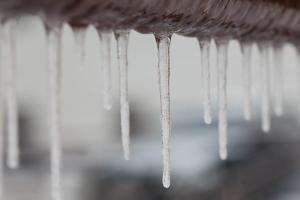 How to protect your business during the winter weather

With most of the UK hit by snow, ice and cold temperatures over the last few weeks, businesses need to be prepared - especially if you’re... 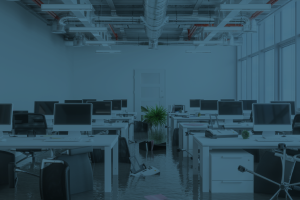 Preparing your business for flooding: Prevention, planning and proactive defence against floods

Climate change has begun to impact our weather significantly and intense weather has become more common than we ever imagined. Surface water...

Update for our customers about coronavirus

COVID-19: How we’re supporting customers We’re doing all we can to help businesses manage their costs during the ongoing restrictions. We’re...